WHAT IF FEMINISTS HAD A DIFFERENT COUNTRY ? 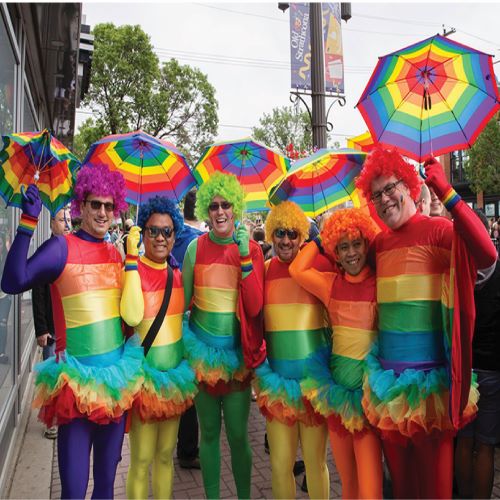 A feminist is a person who advocates equal right for women as men. A lot many people unknowingly are secret feminists because they do not the meaning of it. It is a misconception that feminism aims at the progress of women only regardless the security of men. Have you ever imagined what a feminist country would look like ? A country with all sorts of equality given to every individual regardless of the gender, religion, race, nationality, etc. If all the feminists around the globe, come together and stayed in one country, wouldn’t that be a great idea? There would be no protests like black lives matter, LGBTQ lives matter, and a lot more. It would be the most nonviolent country to live, according to me. Their would be no society who would shame you for what you wear, what you do, how you look and so on.

Like every country has its own standards of being beautiful, the country of feminists would too have one. Some countries consider white skin and large eyes with slim face as perfect,  whereas some believe small feet as  attractive. In the land of feminists, being natural would be the only beauty standard. You would be considered beautiful based on your personality. When you have a clear heart, who never intended to hurt anyone, you are beautiful from inside out. No matter how many surgeries you do, how much make up you put on, a good heart is what everyone craves for. In this feminist country, no one would ever recommend you to shave your legs, or brighten you skin. The country would consider things like fat shaming, body shaming as a crime. People would normalize pimples, freckles, stretchmarks, hairy body, curvy body, and a lot more of such things which makes to feel insecure about how you look. You wouldn’t come across questions like why  are you bald, what’s your age, why aren’t you married yet, when will you start a family and so on.

We all know Love is blind. But in reality, we have to pass a lot many tests like gender, religion, caste etc. And if these manmade divisions are different for a couple, then they cannot marry no matter how much they love each other truely.  But here, in feminists country any couple who love each other deeply, can be in a live-in relationship, or marry peacefully. They don’t have to take the society’s permission in every step of their life. In such a country, there wouldn’t be any forced marriages too. And ofcourse no question of dowry, or domestic violence. The LGBTQ community would also lead a better life here. After years or restless protests, finally they could sit back calmly, and focus on other important stuffs of their life. Each individual of this country would paint the streets with red, and their would be no place for hatred in the land of feminists.

THE FEMINISTS SAY NO JOB IS LESS

In different countries, jobs have different standards according to the people’s necessity. Some regard doctors and civil services as the most prestigious job whereas some believe priest has the most respectful life. The farmers and sanitary workers who have the most important part of a healthy society, are often overlooked. In some places they are often treated badly considering as untouchables. But the truth is the sanitary workers without caring about their own health, jump into the dirt to save other people’s life. They are the backbones of building a healthy nation. But the feminists country would never discriminate the people in this way. Rather it would provide better health facilities who risk their lives everyday to build a disease-free nation. Since the country would consider no job as minor, the youths would have all the freedom to be what they want to be.

A MUCH SAFER COUNTRY

This country would be one of the safest country in the world. No sexist, no raciest, no castism, only decent people working together to live their life to the fullest. But what about religion ? Who says feminists donot believe in God?! Here no one would ever force to follow any particular religion or God. It would be all people’s choice which God they wish to follow, or even be an atheist. Since people from a lot of different backgrounds, cultures would stay together, it would be a country of mixed culture and heritage. In this country no one would grope, stalk, blackmail, abduct, molest, etc anyone as they know, that if they did, then it would be very disrespectful for their family and hard for them to survive in the society. The law would never involve in favoritism, as feminists stand for equal rights for every individual.

A feminist country would ensure humanity prevails everwhere. Everyone gets equal opportunity, and no one feels left out.  On every stage it would confirm that no one is discriminated on the basis of gender, race etc. A skirt is’nt made for girls only or beard doesn’t signify masculinity. People would embrace their inner feelings and would’nt have to run away from their insecurities. Stereotypical cultures would not survive in such a country. Everyone would get the basic necessities of life like education, health services etc. The country would flourish when women take part in decion making equally as men. It would encourage every individual to work and serve the nation in their own way. Love would’nt mean living in fear.

Every individual is different. Every person has different taste, different way of looking at the world. Today everyone is expected to walk in one direction and have common viewpoint, so there is no birth of new ideas. The day people understand that there’s more than one way to look at the world, there will be a birth of an incredible perception. When people start to accept new, exceptional ideas, a better era will emerge. And this acceptance would be possible in the land of feminists only. People would never be insecure or unsure of their thoughts because here they don’t have to fear the society. Extraordinary talents would surely emerge if feminists really had a different country.

Therefore i thought you must know it also – I favor your

Are you able get trapped employing essay authoring solutions