TULPA: Is Your Friend? 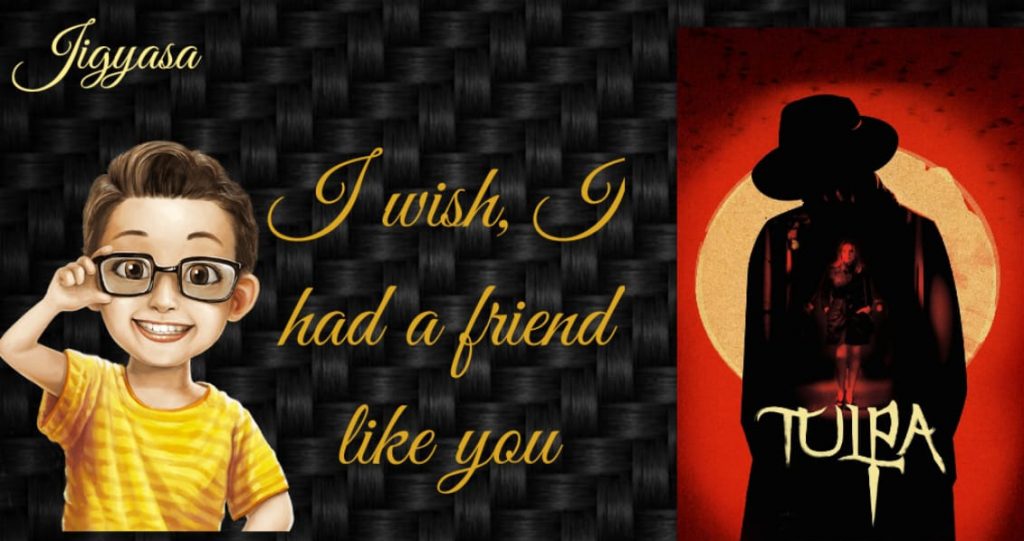 Before declaring that Tulpa is your friend and my friend. one must know, what is Tulpa?

A tulpa is an entity created in the mind, acting independently of, and parallel to your consciousness. They can think and have their own free will, emotions, and memories. In short, a tulpa is like a sentient person living in your head, separate from you. So. Going by that definition, we have known MANY multiples who would describe their system and system-mates in exactly this way.

For us, this fits perfectly with the explanation we usually give to people: We use “multiple” because we are NOT “personalities;” we are PEOPLE who HAVE personalities. Just like anyone (presumably) you met on the street. We’re people who share space — separate people.

Okay, now that isn’t entirely true: there are connections, mind- or emotion-sharing…. often though not always communicating in ways other than or only partly words. A lot of concepts that people more often tend to say in the context of “traditional” multiple systems, not tulpas.

But yes — this kind of definition is why we call ourselves and the members of other multiple systems PEOPLE. Not alters, not “personalities.” Not “fragments.” Someone who has virtually no experience of or interaction with the world is still a person. I’m pretty sure the parents of a newborn would be insulted if someone called their baby a fragment.

(For the sake of honesty, I SHOULD say that one of our systems [we have two, along with one sub-system; it’s complicated] is much more “clinically classical — i.e., let’s say, “traditional” or “Sybilesque” — in nature. Not quite as many tulpa-like or entirely separate beings there, though we still consider them people, like everyone else.)

Um. Anyway, We DO understand and experience the spiritual side of this concept, as many people have talked about. That is also a large part of us, in different ways, depending on who, what, and where.

Imaginary companions, as scholars call them, are quite common, and aren’t strictly associated with childhood. They can last into the upper teen years. One of the most striking things about imaginary companions, which are generally considered harmless, is, of course, their apparent autonomy.

To the child, although they know that it is an imaginary being, the friend has a mind of its own—

sometimes saying it’s too busy to play, for example, This can seem odd because one of the most common reasons a child creates an imaginary friend is for company.

We can all relate to imaginary characters we can’t control—

it’s the experience we have with the people we meet in our dreams.

Dream characters appear autonomous, although they are not. It is more accurate to say that we do not have conscious control over our dream characters. Of course, some part of our mind is controlling those characters; we just experience the illusion that they have minds of their own.

Over the last several years, a community of people, interacting mostly in online forums, like Reddit, have discovered a way to create something like imaginary companions as adults.

This process is known as tulpamancy, and the people who engage in it call themselves “tulpamancers.”

The term “tulpa” seems to originate from Tibetan Buddhism. Samuel Veissière, an anthropologist and cognitive scientist at McGill University, describes tulpas as “imaginary companions who are said to have achieved full sentience after being conjured through ‘thoughtform’ meditative practice.” In other words, this is a benign hallucination. But unlike typical childhood imaginary companions, creating (or “forcing”) a tulpa often requires months of hard work.

Tulpamancers imagine talking to the tulpa, sometimes for more than an hour a day, and eventually,

perhaps after several months, the tulpa will start talking back.

What is interesting to me about this phenomenon, which is only now beginning to be studied scientifically, is the reason that people decide to create a tulpa in the first place:

Most often they do it to relieve loneliness.

This too seems to have a connection, with imaginary companions. When you have an imaginary friend or a tulpa, you always have someone to talk to.

It can be used as a way to escape unwanted solitude. (Others use them for advice, or to practice social situations that cause anxiety.) “There is likely no causal relation between tulpamancy and the development of psychopathology,” a 2017 paper concluded. “Tulpas are an experience of plurality [in consciousness] that seem to coexist with optimal functionality, happiness, and mental health.”

So, what at first may strike many as a strange curiosity can have practical value.  Some people, for various reasons forced into isolation. Take solitary confinement.

Prisoners hate it. so, it is contemplate by many to be cruel because isolating people for prolonged periods can cause them to emotionally break down.

Isolation can also come in the form of a rare nervous-system disorder that results in locked-in syndrome.

This problem (which is the topic of the hit Metallica song “One”) is by an inability to move the body, while consciousness remains completely intact.

Typically, these patients can move their eyes up and down, or sometimes blink. One locked-in patient wrote an entire book about the experience, The Diving Bell and the Butterfly, by blinking his eye. (As you might imagine, it’s not a long book).

Although locked-in patients might have people around them, they, too, experience isolation because their ability to communicate with other people is either non-existent or extraordinarily slow.

The techniques of forcing a tulpa have not scientifically validated, and now exist only as collected advice and recommendations from practitioners communicating on the internet. What many aspiring tulpamancers do is imagine their tulpa in a paracosm, an imaginary world, in as vivid detail as possible.

But you are not, supposed to make the tulpa say anything in your imagination—when the tulpa is “ready,” it will speak to you.

If this proves effective, then there is a potential for isolated people to escape some of their loneliness through tulpamancy.

Making this happen would only require these practices to, shown to people who have to spend a lot of time alone. For locked-in patients, it could done by playing an audio recording of tulpamancy instruction.

One of the main concerns of space travel is the mental health and loneliness of astronauts.

Like a locked-in patient, an astronaut’s communication with Earth, slowed down considerably by the limitations of the speed of light.

Mars is between about four and 24 light-minutes away from Earth, depending on where these planets are in their orbits.

Conversations, where each communication takes four minutes to arrive stilted, to say the least.

So, it is exciting to think that some solutions to the challenge of prolonged solitude might be achievable just through the use of our minds.

Must Read Books in a Lifetime