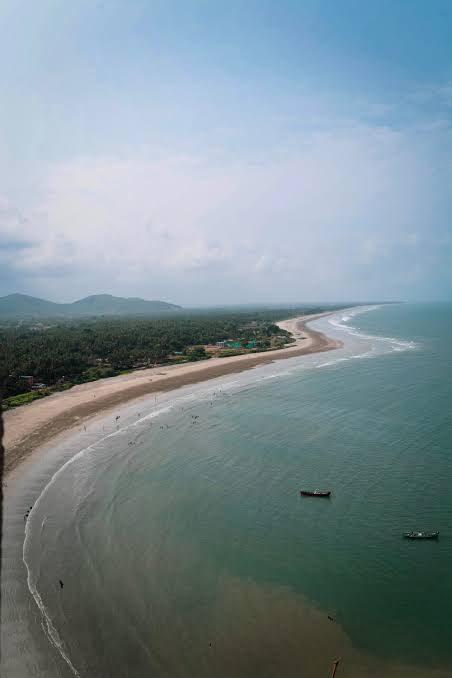 The main factor is because of the growing might of this nation. It is becoming overconfident and feels that no country is never gonna counter it’s interest. But they are forgetting that once the most powerful person ‘Ravana’ too succomed to it’s ego. Then I just want to see for how long can this country with stand it’s so called might.

Now for India, it’s really a very big worry and India needs to take very well calculated steps to counter the advancement of this particular country. Now even USA had understood the mentality of China. So it’s investing more on India’s interest just too counter China’s influence as being a strong neighbor of China. It’s only India that has the power to counter the advancements of China. So we can look in recent presidential elections too that most of the candidates are talking about India’s interest.

Rightly said by the Prime Minister of India Shri Narendra Modi, that India will not allow any country to follow the concept of expanism into our country. We will safeguard India’s interest let what may happen.

Now let me talk about how China is expanding. It’s reach and trying to counter India’s influence in its region only.

As about eighty percent of the trade passes through Indian Ocean Region (IOR). Thus India plays a major role in this region. As you all know very well that how much greedy country is China. Wherever they see money they come by running to that area and madly claim sovereignty over that region. Similarly China is trying to build it’s dominance over this region. They help those country in IOR to either built their ports or take their port for rent or lease for certain time period.

There are lot of countries on which it is trying to get access in this way. It’s like creating a ring around India. This is famously termed as the ‘STRING OF PEARLS‘ theory by Indian media. It’s basically a geopolitical theory on potential chinese intension in IOR like Chittagong port in Bangladesh, Gwadar port in Pakistan, Hambantota port in Sri Lanka, Sychelles, Djibouti in Africa (it’s a military port) and also in Maldives, Myanmar.

It also uses one of its scheme like give a country so much debt so that it should not be able to repay. Then use their port for lease for many years till that country doesn’t repay it’s loan. This has happened to a lot of countries like Srilanka, Africa…and it mainly does this with small countries and poor countries too.

You should also know about the ‘CHICKEN NECK CORRIDOR‘. As the name suggests the chicken neck is too thin similarly imagine India’s map and see that area that is from West Bengal to Assam. A very short path goes and this is termed as Chicken neck here. So as said by experts that if china wishes to get hold of Indian territory . Then if it get hold of this area and then India will not have any contact towards the Seven sisters states. Thus can capture this area within some time and it by the time Indian troops reach this area. China would have control over all this seven states.

To counter this, Indian government has made a contract with Bangladesh government. To make an underground tunnel from Bangladesh to Seven sisters states to counter this move and is also planning to use its road in times of any emergency.

So by concluding I just hope that Indian government keeps countering all of China’s move in the same way and next time make some bold steps so as China should be the one which needs to counter and not us.

5 common problems faced by students and how to overcome them

India among the BRICS nations

The problem with the GDP | How does Indian GDP work?