China Rocket Crash: Is it militarising the Space for a Space War? 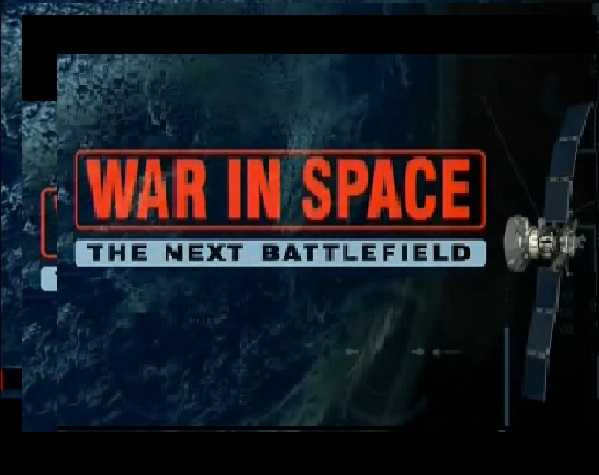 China became the first nation to land a spacecraft on the far side of the moon, on 3rd January 2019. This incredible achievement shows how impressive China’s Space Program has become! Besides having the most number of annual launches, China has the capability of launching humans into orbit. China has now become one of the leading countries in the world for space programs. But among all the booms, there is a dark side to China’s space program. They have extremely relaxed safety norms and they often launch rockets over inhabited areas. These sometimes crash into populated towns and villages too! The recent China rocket crash has drawn criticisms from over the globe.

So, why China launches over settled areas in the first place? Why is it launching one after another and focusing on the space? Although, China focuses on the lot and is a country with the greatest number of land and water boundary disputes. But why space so specifically? The world has accused China of biological warfare: the novel the Corona Virus; yet few of us say this. So, is China now getting ready for a space war? Is it militarizing the space?

It was the Soviet Union, which launched the satellite into orbit as early as 1957. The US was also keeping up in the course of the cold war. So, China realized the need to create its own space program in response to the technological advancements of nuclear weapons and missile technology in the US and Soviet Union. Over the course of two decades, they built three major launch sites- capable of launching missiles and satellites into orbits. They went forward northwards and built these launch pads thousands of kilometers inland. This was to make China ‘less exposed’ to enemy attacks. But this came to the cost. Since rockets had to be launched directly over populated areas, it took many lives.

What are the best locations for a launch Centre?

When choosing the best location for a launch site, there are a couple of factors that come into play. One is the horizontal velocity of the rocket when it leaves the launch pad. Few parts of the rocket fall as debris. To make sure these do not fall on human settlements, launch pads are generally located on coasts. Another factor to find a launch site is the latitude.

“Launch sites closer to the equator benefit from the extra speed of the earth’s rotation. Hence, the rocket requires less energy to get into orbit.”

But China went inland and further north for its launch sites because of its relations with the neighbouring countries. China has a boundary dispute with almost every country on its border!

Throughout their 60s and 70s, China quickly grew into one of the leading powers in space. They made heavy-lift rockets and successfully launched and recovered satellites. But in a rush to catch up with the American and Russian programs, safety measures became a less priority. China was launching its largest rocket ever built, The Long March 3B in 1996. It dropped the 4 boosters shortly before the enormous first stage. As soon as it left the launch pad, it shortly became veering off the course and crashed into a nearby village 20 seconds later. This disaster killed at least 6 people, however many reports outside China estimated the death toll to be in hundreds! An unexpected fault in the rocket caused this disaster. However, it couldn’t stop China from launching overpopulated areas. Over the last 10 years, rocket debris fell onto people’s homes several times!

When China’s Long March 5B Rocket blasted off on 28 April, the country proudly presented the first model of its plant space station called ‘Harmony of the Heavens’. But back on earth, it has delivered more hassle than harmony. The skywatchers have drawn images of the falling rocket from Japan to Washington DC. The white house has named it an irresponsible space behavior.

Beijing through state media has criticized the warning of the ‘China Space threat’ as ’Western Hype’ and not worth panicking about. China foreign ministry said it’s common for the upper stages of rockets to burn up while re-entering the atmosphere. However, China’s rocket has no upper stage! In other words, it does not have the ability to restart its engine ‘to drive it out, and over an ocean to break apart‘. This rocket debris can do tremendous damage to the inhabitants between 47 degrees south and north latitude. But we’ll all probably be fine as said by the experts. So, it’s a good time to remember that 70% of the globe is water. However, we don’t want this China rocket crash debris to fall in our backyard!

Take Beidou, China’s satellite navigational array. It’s a chief rival to America’s heretofore dominant GPS system. China has put it into orbit last summer. By the same token, China is also carrying out more than its share of grandstanding space missions. In 2019, it put a rover on the dark side of the moon. NASA praised this quoting, “the first for humanity and an impressive accomplishment”. Although in a low orbit, China has placed its own orbital space station, Tiangong 3, or ‘heavenly palace’ into orbit. Now, it is planning a voyager-style probe mission to be launched into the distant solar system. The Chinese already have 363 satellites in orbit and targeting the geo-synchronous orbit. So, they are really doing good in the space race.

Space can be the new fighting domain. Today, we laugh openly about whether people working in the space force might one day be called space warriors. But the militarization of space is serious! This has been the outcome of the space race. However, the space race was part of the cold war, a rivalry between the US and the Soviet Union and it refers to the competition to achieve superior space flight capability.

Nevertheless, China has never lagged. In addition to the US having a space force of almost 90 people, China’s militarization of space is also visible. Recall the China Day Parade in December 2019, during which the Chinese military, especially the space military, showed off and showcased several devices, gadgets, armaments, and ammunition. China is constantly ratching up its technology including jammers and laser capabilities. We can categorize this as a next-level space militarization. So they are actually moving towards space militarization.

The Pentagon warned, China has developed ground and space-based satellites and directed energy, which could place the international use of space at risk! China has launched 34 satellites in 2020, the year in which they unleashed COVID-19 into the world. They also began anti-satellite training in 2018, which makes it capable of destroying any satellite in space. Well, this can be an advancement of technology, but it may be bear the face of a future war, the Space War! However, India has achieved this in 2019 through mission Shakti, when shot down a rogue satellite in low orbit. The US is also planning a 15 billion-dollar push for its space force. So as countries gear up to invest in space defense, the event of China’s space war is not very far!

Do you think the China rocket crash is going to stop them? Obviously not. They are planning to launch 40 satellites this year! China is developing the best weapons on the ground as well as in space. To deal with the growing militaries and China’s space ambition, the world may come forward and weaponize space.

Liked this article? Read another on How real is level rise and is it a serious problem?

Things You Can Do If Your IP Address Is Blacklisted